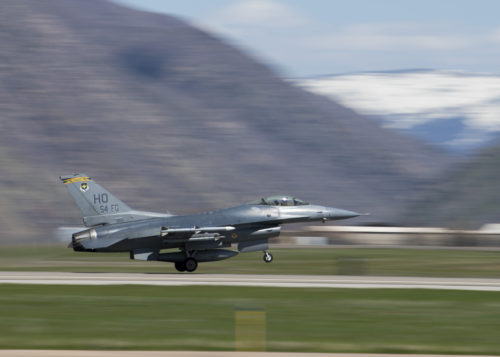 Student and instructor pilots from Holloman Air Force Base’s 311th Fighter Squadron were given the opportunity to practice dissimilar air combat training with the F-35 when deployed to Hill Air Force Base last month.

The students and instructors played the role of adversaries during the first week of exercise Venom 19-01. Week two saw the instructors flying alongside the F-35 as allies.