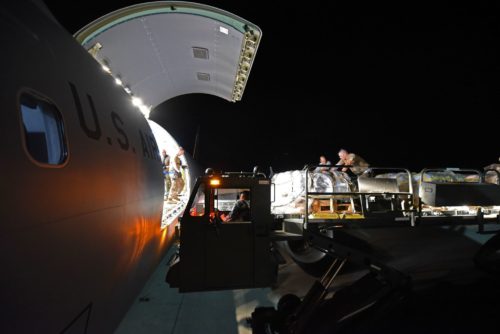 Boeing has come up with a short-term and a long-term solution to get the KC-46A to ferry cargo and personnel.

Air Mobility Command had restricted the aerial refueling tanker from carrying personnel or cargo after several incidents in which cargo locks broke free during flight.

Boeing is suggesting the use of tie-down straps to secure the cargo while it searches for a robust, longer-term fix to prevent the locks from breaking free again.