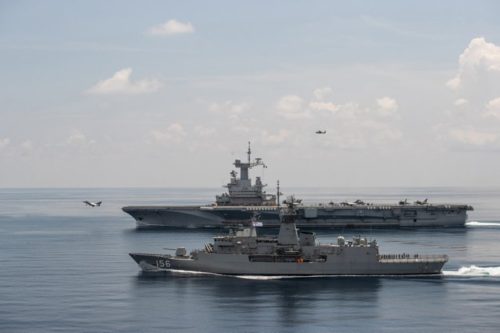 While in Sydney, Australia for the Pacific Maritime Expo, head of the French Navy told The Australian Financial Review that he hopes Australian warships could escort French aircraft carrier Charles de Gaulle when the latter sails in the Indian Ocean next time.

Admiral Christophe Prazuck says he had discussed it with Australian navy chief Mike Noonan. Another area of cooperation is for French warships to escort Australia’s amphibious assault ships.