Pilot ejected from F-16 at Kunsan, South Korea during landing 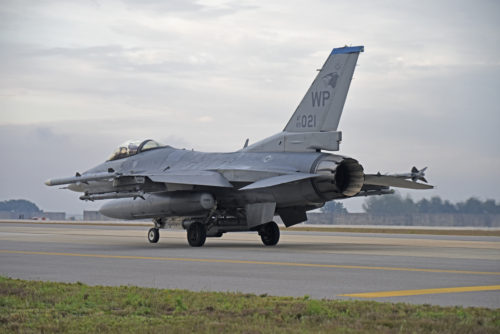 A F-16 pilot assigned to the 8th Fighter Wing was ejected from his aircraft during a routine landing near Kunsan Air Base, South Korea at approximately 3:30 p.m. local time on Dec. 2.

The Wing said in a press release that the pilot suffered minor injuries and has been transported to a medical facility.